WE ARE Sun Green Organics Private Limited, a deep thought organic agricultural company started with an objective to build a Healthier World.  The project was the outcome of an extensive study carried out in agriculture to bring a change in cultivation.

Proudly, we are the first company to give an end-to-end solution in organic agriculture right from Soil fertility improvement, Integrated Farming, Home gardening, Farm skill training, Certification and Trading. 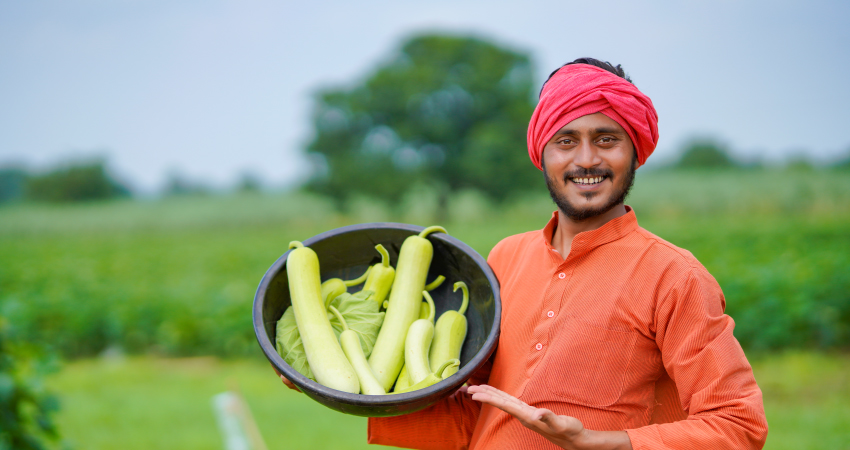 Utsaha – our brand name is derived from the Sanskrit word which when translated to English simply means Enthusiasm, motivation, effort, activeness, to have willingness to do adventure. Our journey to bring this product to your table has taken 12 demanding years of our team and we are delighted that our objective is within sight – access to naturally grown agricultural and farm produce without having to pay the moon for it! Natura is simply the entire traditional Indian kitchen now being offered in a certified organic format. From the farmers barn to being packaged hygienically, one brand, one shop, everything authentically organic and considered healthy will be made available to every Indian 365 x 24 x 7! No matter where in India you reside, if there is a way to pedal to your doorstep, we will.

Our rock-solid association with fully certified farming societies across the nation, a bond that accounts for over 15,000 farmers toiling on nearly 95% chemical/pesticide residue free earth. It is a small start but one that will have a lasting impact for generations to come – people eating and consuming food exactly how it was always meant to be, all natural. We understand that you can’t stock your home with just 50% organic food produce and the remainder with whatever else is out there simply because you don’t find it on the shelf. Therein lies the most basic problem that consumers face, access and availability. Access to ensure you gain maximum health by adhering to an all-organic diet and a range that ensures you don’t struggle for choice.

India. From a time immemorial, she has been the envy of many a nation, kings and queens, travellers and envoys, traders and invaders, for her rich arable lands, its naturally fertile soil, mountains and plains, abundance of sunshine and rain, a farmers dream come true in every sense. In time, India rose to become the wealthiest trading destination in the world through the sheer offerings of its varied agricultural produce, its wealth having been plundered time and again, until gaining Independence in 1947.

We believe a small piece of validated history in support of the above statement is in order.

Around the period 2300 B.C. Megasthenes, a Greek envoy to the court of the Mauryan Empire, in his four-volume account of Mauryan India, titled Indica wrote: “India has many huge mountains which are abound in fruit-trees of every kind, and many vast plains of great fertility. The greater part of the soil is under irrigation, and consequently bears two crops in the course of the year.In addition to cereals, there grows throughout India much millet and much pulses of different sorts, rice too and what is called bosporum (Indian millet). And again, since there is double rainfall (i.e. the two monsoons) in the course of each year the inhabitants of India almost always gather in two harvests annually.”

A nation’s greatest asset is in the health of its citizens. We don’t want to make a big deal about us being the first fully integrated farm to table certified organic brand. We have strived to cater to almost every imaginable product used in a traditional Indian kitchen. Organic food is exactly how food or agricultural produce was always meant to be! Eat well, live well.